RELEASE: Play out your own episode of Gravity Falls! (or Amphibia. Or The Owl House.) 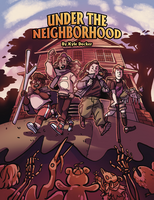 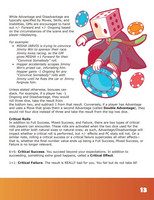 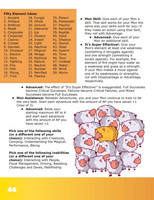 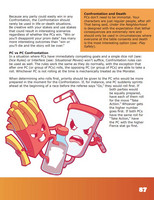 Have you ever wanted to play out an episode of your favorite cartoon show?

I have! That's the reason this whole game exists, after all.

About a year ago, the cast of the actual play podcast Quest Friends! was figuring out what we wanted to do for our second season, and we ended up landing on the idea of doing a dual-world adventure where the "other world" was the afterlife; essentially, it was Amphibia, but instead of our magical world being full of frogs, it was full of corpses.

In order to bring that story to life, I started work on the roleplaying game Under the Neighborhood. Under the Neighborhood is a Powered by the Apocalypse System designed to emulate  cartoons where normal people travel between a world that resembles our own and a much more magical world. The system does this by having players suggest Slice of Life complications at the beginning of each session. Some ones I've seen used are "the coffee machine is broken," "a woodpecker won't leave someone's house," and "[character] is stuck in the car wash." We then apply these simple complications onto our magical world, and VIOLA! Suddenly the players find themselves facing off against the Coffee King, Lord of all Things Caffeinated.

Additionally, because Under the Neighborhood was designed for use by my group of players, who all love Cypher System, it borrows a lot from that system, as well. Most notably, in addition to getting a Playbook, each PC also gets their own Descriptor, which is an additional hyper-specific aspect to that character that comes with its own Move.

If you're interested in Under the Neighborhood, it's available right now! Here! On itch! In addition to the core rulebook, we've got a handful of free community copies, as well as a Demo Version that strips out a lot of the mechanics and focuses instead on that core Slice of Life mechanic.

Get Under the Neighborhood

Play out your own cartoon show!